The all-new Upstairs Colony on the mousie blanket!

The all-new Upstairs Colony on the mousie blanket!

Introducing some (only the ones who would hold still for pix) members of the current Upstairs Colony who I had out for a "mouse party" on the mousie blanket tonight: 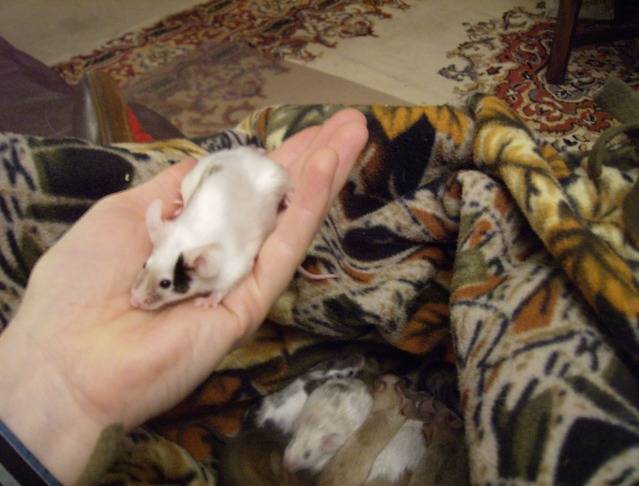 MBBE Raindrop, a splashed brindle, due to be bred Monday to get me closer to my goal of tricolor brindles. 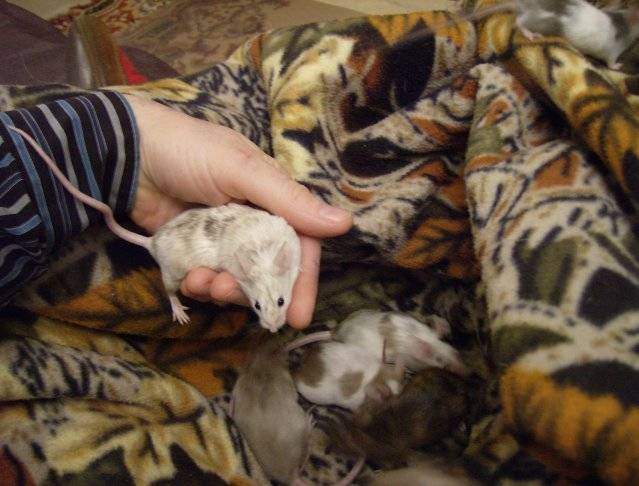 MYM (Beth, right?) Ligeia would not hold still, however I got a pretty good shot of her back. She is a pied blue merle, still very young (go! go! go! go!). 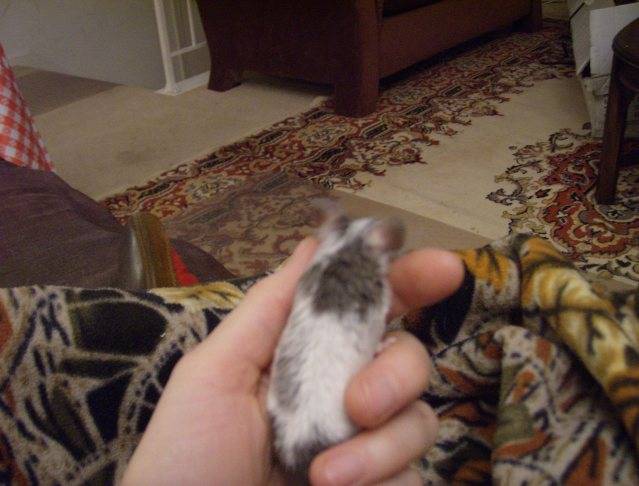 (Descended from SLEEPY lines bred by an unkown breeder) Puddles is a splashed chocolate Siamese fox, with the biggest nose point I have ever seen on a Siamese in my life! Check it out in one of the group shots, below, where Pudds is holding still and you can see it better. 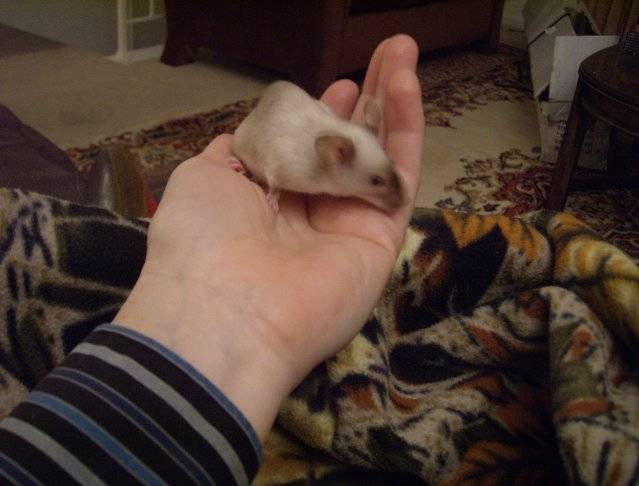 GYPT Queen Victoria, one of the founders of Mrs. Beach's Brindle Empire, now retired as a breeder. The historical Queen Victoria married her family members into the reigning houses of Europe so that eventually her blood line ran through all European royalty. So it is with Queen Victoria in Mrs. Beach's Brindle Empire. Queen Victoria is know affectionately as "Battoria" and sometimes as "Battors." Eye Spot is her grand-daughter. Another mouse in the Upstairs Colony, the big grey-brown one, MBBE Sunbather, is her daughter. (Sunbather's head looks a lot like Battors' head. Eye Spot's head is all pointy. So different, and I love it! I would never breed her, but I love her to pieces.) 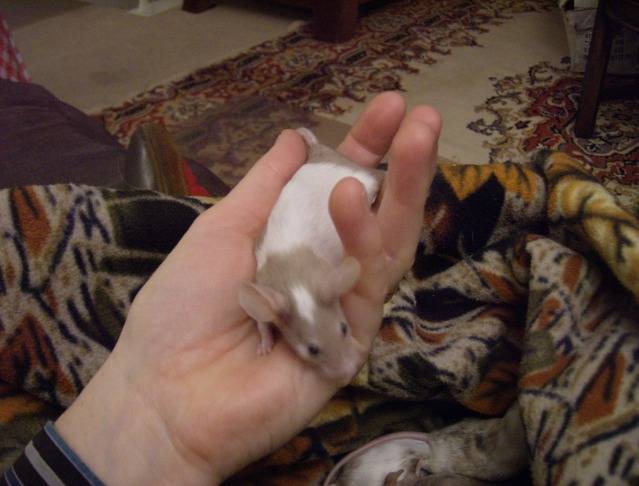 Here are two group shots where you may recognize some of the mice I introduced you to individually. 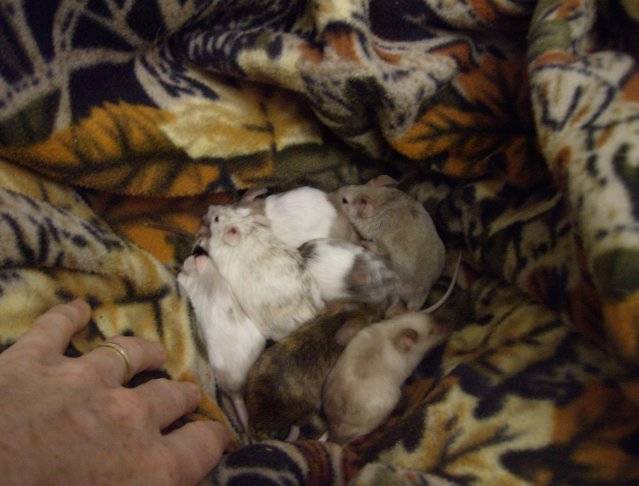 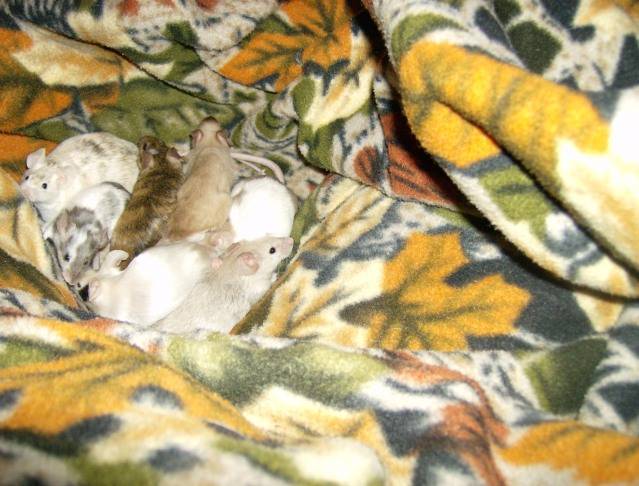