What are these "sooty" colors?

What are these "sooty" colors?

I recently had a litter of babies with "sooty" sort of coats. They are darkest along the topside, fading to a lighter, brighter color on the underside. They look VERY much like the mouse pictured in the Mouse Connection logo!

Firstly, here is they're mother Enda. Enda was bred by Mrs. Beach who theorizes that she is either recessive yellow or undermarked brindle. When young she looked like the Mouse Connection logo mouse, but with age her coat has lightened up along the topside. Here's what she looks like now: 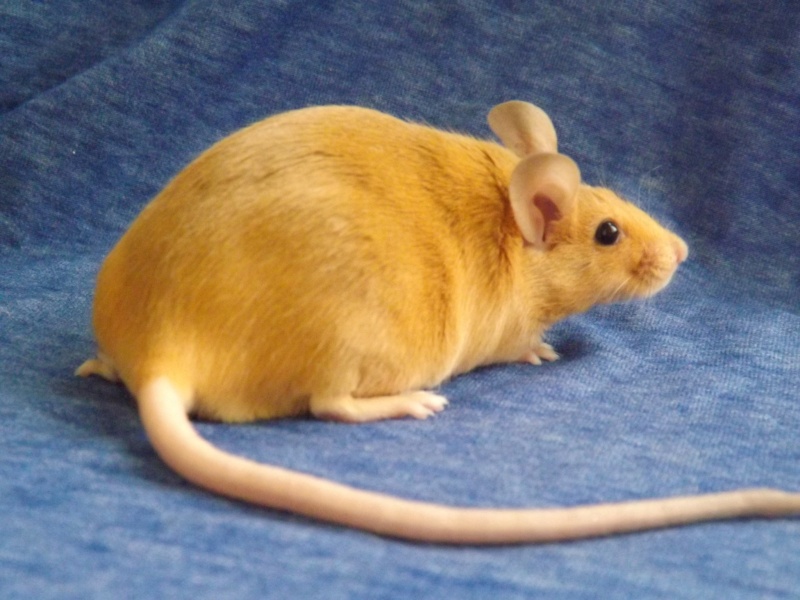 I bred her to a black self buck, who had a single great-grand parent who carried RY, which means that it's technically possible the babies are RY, but I think that's unlikely because in a litter of 7 there was a blue, two BEWs (who I assume are this yellow color + c-dilutes), two yellows, and two "sooty" mystery colors. This makes me think that the yellow is a dominant gene.

As for the sooty mystery babies, one appears to be a much sootier yellow or yellow brown:

The other mystery baby appears to be both blue and yellow? Instead of the sootiness on the back being brownish, it's a blueish color fading to pale yellow on the underside: 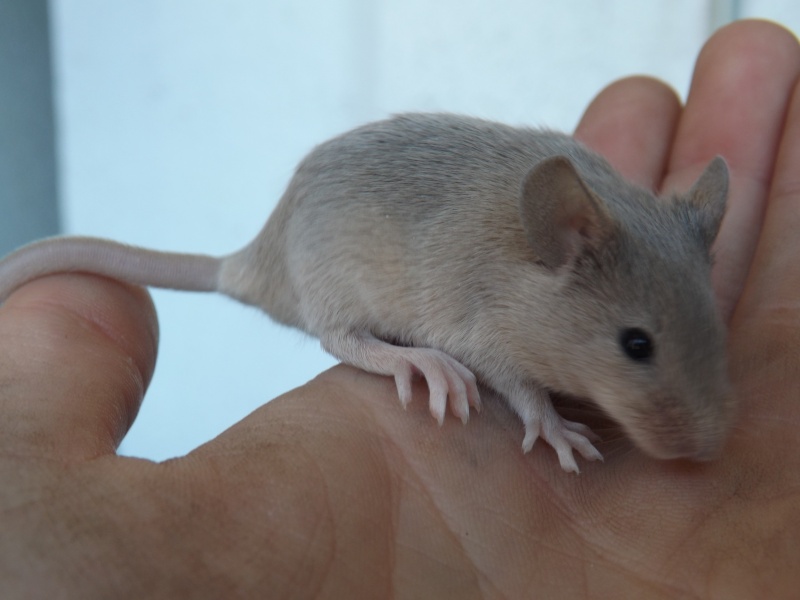 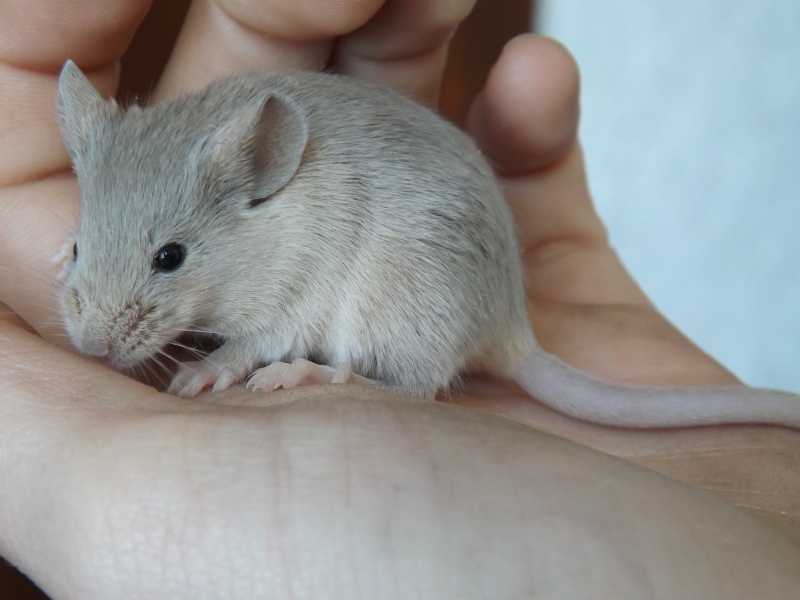 So my questions are, what gene is causing the yellow coloration, e/e or A^vy? What gene is causing the darkening of the fur across the back? Is this "sootiness" or something more like umbrous? Is the second baby really blue and yellow, or am I mistaken? The pictures really don't do their colors justice, especially the "blue-yellow" one. I forgot to mention that the "sooty" coloration is only in the top coat- if you rub the sooty fur the wrong way, you see that the undercoat is the same color as the underside of the animal.

Sootiness varies a lot as e/e mice mature...they look like sooty e/e's to me, which is likely caused by them being a/a (non-agouti) and B/*....chocolate and agouti both reduce sootiness. Their sootiness may dissipate as they mature though. The second one does indeed look like it could be blue and yellow (which was proposed a blue fawn to the ECMA).

I can't help ya with colors, but I love the third mouse! LOL

Since you mentioned the mouse in the logo, I'll explain him. He's a marten sable if I remember the original photo clearly, Ay/at cch/cch. Sable is what happens when you combine red and tan, as tans are generally umbrous (better to get the dark tops), and it leaves the belly a clear red. Adding cch foxes out your belly but keeps the shading.

BEWs are totally what you'd get if you combined most c-dilutes with red, so you're exactly on the mark there.

Given your maths, I'd also agree that these are likely undermarked brindles, though this sootiness is characteristic of recessive yellow as well. That said, the sootiness could also be coming from dad, too, since you said he's a black self. You'd not be able to see it on the self.

They'll likely grow out of it just like their mum did.

Wow, L! I've just gotten AFRMA's Mouse Genetics book and was reading about sables, but I was reading about A^y/* U/U (I know it should be A^y/* U/*. I'm just typing what the article said.) But that's very interesting about how a^t and U. When you say that "tans are generally umbrous," do you mean the two genes are linked, or that the best tans generally are U/*, too?

I've got "sooty" c^ch/c^e brindles like this in Raindrop's recent litter!

Thanks for the input everybody! In the end I think this mystery will only be entirely solved by more breeding. I'm currently planning a future litter between one of the yellows and a buck that has no history of e/e in his bloodlines.

Laigaie: So if I understand you correctly, would these mice (if they are indeed umbrous), be good to cross with my American tans? They often look sort of off-black with pale sandy bellies. Would the umbrous gene help darken them up? I have one of the descendants of Tara's gorgeous UK import tans- is their darkness caused in part by being umbrous?

Mrs. Beach: Glad to hear you got AFRMA's genetics book! Isn't it an excellent reference?

I highly doubt these guys are umbrous...sootiness is very common in e/e and A^vy and not usually caused by umbrous, and I don't believe Ann has umbrous in the lines she has. I still think they are e/e

Tans in the UK may be umbrous often...but in the US, most tans are not umbrous and it is a very uncommon gene

Oh umbrous. Umbrous is both a gene that exists but is most likely not in any given line because it's extremely uncommon, and a condition caused by a group of modifiers. In that sense, it could be "sooty" or "umbrous" and the difference is whether it's modifiers or a specific gene.

If the sootiness persists even when it's not on a yellow mouse, it's separate from that gene and would indeed benefit BLACK tans. Sootiness that doesn't persist when you've outcrossed onto non-yellow mice is unhelpful, obviously, and is not uncommon in all the yellow genes. It's just easiest to see sootiness on yellow mice, because it's not being diluted and it's so different from the rest of the coat. Sootiness on a black mouse can only help. It is, indeed, definitely present in the UK blacks, and is visible on the chocolates from the same breeder. It would, likely, help US black tans. The non-p carrying mice in that line are definitely darker than my feeder-line black tans. I suppose it would likely help blues as well, but it's not as nice on the chocolates.

And, yes, according to the folks on FMB who were breeding sables, they are Ay/at. The at gives you the clear/lighter belly to give you a leg up on shading. It's therefore not possible for them to breed true, because Ay/at+Ay/at=2/3 Ay/at and 1/3 at/at. You also get smaller litters because the Ay/Ay babies abort. Pop over there to ask her about it, if they really strike your fancy. I remember my brindle tan boy was lighter underneath, and the striping didn't continue onto his belly.